Taking the Poet at his Word

When T. S. Eliot summed up his life’s work in 1963, two years before he died, it was in a Collected Poems of fewer than 250 pages. But when Christopher Ricks and I published The Poems of T. S. Eliot last year, the two volumes ran to some two thousand pages. Where did the other 1,750 pages come from? What is this new edition, and what does it mean to “edit” poetry anyway?

When we began, eight or nine years ago, our first task was to gather the verse not in the Collected Poems. We did not know how much we would find (no one had ever compiled a full list), but in the end our contents pages list a couple of hundred additional items. Eliot had published many poems he didn’t consider part of his serious work, such as Old Possum’s Book of Practical Cats (which has perhaps made him more famous than ever before, thanks to the musical adaptation, Cats), and there are some he suppressed, and others from school and Harvard.

Those were known to specialists, but there were new finds too, such as a parody of surrealism, verses on gardening, and love poems written in his seventies for his second wife, Valerie (including my favourite, in which he rearranged the lines of William Blake’s poem “The Clod & the Pebble” so as to reverse its meaning).

Eliot wrote poems for friends – on his fear of cows, for instance – or to celebrate events at the publishers Faber & Faber, where he worked for forty years, such as Walter de la Mare’s 75th birthday, Geoffrey Faber’s knighthood or the arrival of a black cat as the firm’s “Commissionaire”. Some were printed in rare, private editions, or in obscure journals, and a couple were engraved on glass.

Fortunately, his genius was recognized early, and from an early age Eliot’s family and friends kept his letters and papers, which we studied in archives in London, Cambridge, New York, Boston, Yale and elsewhere. His work remains keenly sought after, and dealers and auctioneers generously put us in touch also with private collectors who own manuscripts and proofs. (We weren’t immune to the lure of the bookshops ourselves, either.)

By recording the variations between the published poems and the thousands of pages of drafts, we were able to document the processes of composition. Sometimes, the kernel of a work of genius looks reassuringly banal – a thought that might occur to any of us – but to trace its transformation is to see the art. In retrospect, we have the advantage of knowing how the poem “should” read, but the author was groping forwards, having to invent and evaluate each tiny change. Why was he dissatisfied? Was the rewriting an improvement? Very often, when an alternative is presented, you can see how it is better, but you also see that you’d never have imagined how much needed changing – or how little.

In writing Little Gidding, Eliot typed a dozen drafts and discussed their precise phrasingin exchanges with his friend John Hayward. We document all the changes and the comments, line by line. In another instance, Eliot drained the life out of a poem as he fussed over it (a heartfelt complaint about the commercialisation of Christmas became a Nobel-prizewinner’s official communiqué about the joy of the Second Coming) – so as well as the published poem, we printed the earliest drafts in full in our Textual History. The author’s judgment stands, but comparison is invited.

All this attention to drafts and printings was part of our primary duty as editors, to establish a reliable text. For instance, in all previous editions, two of Eliot’s most famous poems each have a line missing, which we have restored. In The Hollow Men, a line went astray at the foot of a page in 1925 and no one noticed, and in The Waste Land Eliot deleted a line at the request of his first wife – but afterwards reinstated it in manuscript on at least three occasions.

Yet gathering, correcting and documenting the poems is only half the work of an edition of this kind. Since Eliot’s first book was published in 1917, thousands of reviews, critical studies and biographies of him have been written. Drawing upon these, our thousand-page Commentary gives the known facts about each poem – while avoiding interpretation. Sometimes, though, a critical reading emerges from the notes. Poetry groups might, for instance, like to read the poem Mr. Apollinax and then read the notes, which show unmistakably that it was a fiercely polite attack on Bertrand Russell.

All literature is nourished by previous books, and the Commentary explores, in Christopher Ricks’s words, “where the poems came from and where they went to”. Using Eliot’s own writing extensively, but also the books he read (and occasionally annotated), we trace the vocabulary, mythology, folklore and philosophical ideas that interanimated his mind. This means not only listing allusions and sources (from nursery rhymes to Dostoeveski), but turning over the soil in which the poems are rooted: the culture of the age and the experience of the man. The Daily Telegraph called it a “a textual reconstruction of T. S. Eliot’s brain”.

Editing is about facts and tact, about presenting things clearly while solving innumerable small editorial problems. Ever since 1922, The Waste Land has had line numbering, and putting back the missing line threatened to disrupt this. We solved this one – signaling that the line both does and doesn’t belong – by numbering it 137a.

Jim McCue is a freelance editor and speaker. The Poems of T. S. Eliot is published by Faber & Faber at £40 per volume (£26 on Amazon).

One comment on “Taking the Poet at his Word” 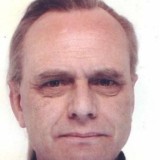 Two volumes which provide enough substance for a lifetime of exploration of Eliot’s poetry.

SPRING SALE Spring has sprung and we’re making our stock available at a blooming marvelous discount rate of just £2.50 per book. Yes that’s right. £2.50 including UK postage for any of the following books!   New Fictions And The Years Rolled By At An Alarming Rate by Nicola Daly Lantern Evening by Amanthi Harris   Poetry...

New Fictions Prize 2020 – Announcing Our Winners Gatehouse Press is delighted to announce the winners of our New Fictions open call-out 2020.

Any cookies that may not be particularly necessary for the website to function and is used specifically to collect user personal data via analytics, ads, other embedded contents are termed as non-necessary cookies. It is mandatory to procure user consent prior to running these cookies on your website.