It’s probably time we talked about maps. I’m of the opinion that a conversation about maps is nice: my dad is a collector of things cartographic, so it’s the sort of thing I look forward to every now and again. I have a place in my heart for 1920s Ordnance Survey maps, plans of rediscovered medieval fortifications, even the modernist hipster-magnet that is the London tube map. But the idea of maps, and mapping, goes beyond the exactness of cartography.

The sorts of directions that a map can offer is best illustrated by a rapidly-rising blog, the Imaginary Atlas project. It’s grown marvellously over the past months, and it continues to grow: I admire the watercolour beauty of Emily Garfield’s Jade Island; I have fond memories of the Tolkienesque cartography that has found its way into other people’s childhoods; armed with an imaginary gun, fictional explosives, and a non-existent jetpack I’ve done my own part to change the shifting landscapes of Auraxis. The Imaginary Atlas maps worlds that are exactly as unreal as our own pasts, our own futures.

Poetry, too, is sometimes subject to efforts to map its strange and private hinterlands. The much-cited report Mapping Contemporary Poetry is a good example, but another look at the Imaginary Atlas has made me see its efforts in a new light. It reminds me that, while I disagree with Mapping Contemporary Poetry on a few points (its limited data, for example, or its rather weak handling of the data it does have) its central problem is that it just isn’t much cop as a map.

A map isn’t just an overview of a piece of ground; it’s not a landscape painting, a view over dark hills. It can be a painting, but saying that a painting of a place or space is a map is no trivial statement. A map is a structure of possibility: it contains multiple chains of events, multiple narratives, multiple passages through the labyrinth.

Mapping in the arts is an idea whose time has come, but it is part of a wider current of intellectual thought that is making itself more and more felt as human beings’ access to computational power and data increases. The map‘s close analogue, the idea of the game, once had connotations of an arid formalism but is now springing into new and overflowing life. Partly this is a response to a fresh generation of thinkers with firsthand experience of interactive, pliable art. But it is also a response to a similarly computationally-driven upsurge in human ability to visually represent the properties of space.

So I propose my own Garden of Forking Paths. In the following parts of this series, I want to explore what these new perspectives could say to poetry, and how they might already be changing it. I want to know: why is the sense of disappointment that Mapping Contemporary Poetry gives me outweighed by the exuberance of The Imaginary Atlas? How do our ideas of games and maps relate to how we do poetry? Bring your ball of string; bring your theodolites and dice, to create and to drive away the unknown.

One comment on “Game Spaces Part 1: Here Be Dragons” 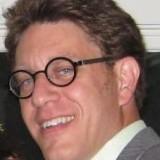 Those are very kind words you write about the atlas, thank you!

Really enjoyed the poetry of Risk as well.

Posted 8 years ago by Mark Wallace

SPRING SALE Spring has sprung and we’re making our stock available at a blooming marvelous discount rate of just £2.50 per book. Yes that’s right. £2.50 including UK postage for any of the following books!   New Fictions And The Years Rolled By At An Alarming Rate by Nicola Daly Lantern Evening by Amanthi Harris   Poetry...

New Fictions Prize 2020 – Announcing Our Winners Gatehouse Press is delighted to announce the winners of our New Fictions open call-out 2020.

Any cookies that may not be particularly necessary for the website to function and is used specifically to collect user personal data via analytics, ads, other embedded contents are termed as non-necessary cookies. It is mandatory to procure user consent prior to running these cookies on your website.